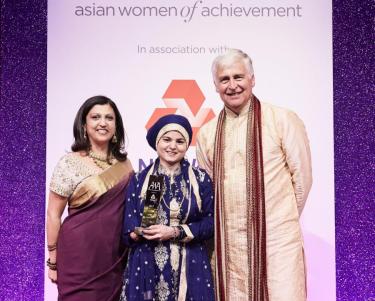 A woman who turns girls away from extremism, a lawyer, a para-climber and a schoolteacher poet have been named as Britain’s most inspiring female Asian role models.

The Asian Women of Achievement Awards were dominated by extraordinary young Londoners who showcase diversity, entrepreneurship and determination to succeed.

Anoushé Husain, a civil servant at the Department for Business, Energy and Industrial Strategy, won the sport category.

She was born with one arm but has become a para-climber and “champion for all those suffering from self-limiting beliefs”.

The cancer survivor is an ambassador for LimbPower, a charity that helps amputees and individuals with limb impairments into physical activity, sport and the arts.

The judges said she was “energetic, charismatic and overflowing with enthusiasm” and a “force for good”.

Read the full piece about the AWA’s from Ross Lydall with The Evening Standard: